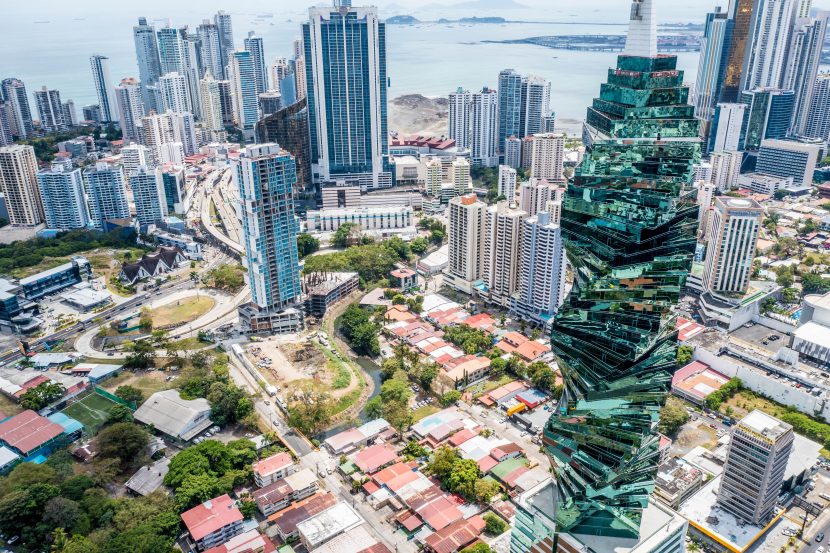 The last stop on this quick Central America trip was Panama City, Panama. Apropos of this blog post title, I actually got a Rapid-Covid test at the rental car drop-off at the San Jose airport just before flying in. The test managed to do double duty, serving to both gain entry to Panama as well as return to the United States. When you actually arrive in Panama though, it’s clear that they kind of expected you to take a test there. They have a whole paid racket in place. It wasn’t a problem to have already done it, and ultimately it did save time though. However, my Covid test was in Spanish from Costa Rica. I think that if you arrived in Panama from somewhere with a Rapid test in another language, while it would likely be ok, you’d probably have to deal with a few bumbling chuckleheads that can’t find the word “Negativo”.

As far as what’s available as a tourist right now in Panama City… things are a bit restricted. There is a curfew and many places are closed. I can’t speak for what the options are for longer trips further afield, but a few days in Panama City definitely has some restrictions. Luckily I was able to connect with a driver that made the best of what is doable and we saw what we could in limited time. Which brings me to some thoughts about exploring the town independently. I did do some of this on my own of course, at day as well in early evening. Uber made transport extremely convenient and inexpensive.

On one of the first Uber rides out to the Panama Canal we drove past a Barrio that, in passing, appeared to be one of the roughest neighborhoods I’ve ever seen. Like, I’m talking Mogadishu rough, minus the munitions rubble. I already was happy to have someone else driving me at the time, but hadn’t thought much about just how extreme the violence in some of these neighborhoods can be. I did do some solo touring the first day or so without issues, but after learning a bit more about some nearby neighborhoods, it’s really not something I’d advise to someone.

Later on, I had a really great driver that took me through a “shortcut” through that neighborhood I had noticed earlier…. I’m pretty sure it’s called “El Chorillo”. If I’ve got that right, we’re talking about an embattled poverty-stricken hellhole that is literally translated as “The Diarrhea”. Even without any street smarts, without any decent common sense, one look around this place and you know that you better get the fuck out of there asap. What I didn’t know, that my driver let me know, is the extent to which outsiders are sometimes unwelcome. Apparently he felt ok taking a shortcut through a major street there during rush hour because he drives an inexpensive car from a certain district and during those limited hours the risk of problems is low. He said that taking that same shortcut at night or at an odd hour might just be risking your life. That is, it seems that a common gang initiation there is to approach the first outsider vehicle that drives through that neighborhood and murder the occupants. Pull up to a red light and someone is going to immediately recognize you’re not from that neighborhood and open fire on you. There are essentially no police there. I certainly didn’t see any. Amazingly, only five or ten minutes up the road though and you’re surrounded by opulent gated communities and some of the richest citizens of Panama City. The wealth disparity is extreme and right in your face.

Now with all of that said, you’d think that I’d tell you my impression of Panama and Panama City was terrible and I have no interest in returning. It wasn’t. Not at all. In fact, I got a real appreciation for why many expats choose this destination. It’s a rough town, sure. You’ll definitely need to familiarize yourself with the no-go zones and the different neighborhoods. That aside though, Panama City has a stunning skyline, lots of luxury high-rise condo choices, great dining and nightlife, and it’s basically THE hub for air travel in the region. Panama City seems like Miami mixed with Las Vegas mixed with Los Angeles… all at a fraction of the cost of living. I would certainly consider having a place there over any of the neighboring countries I’ve visited so far, at least for part of the year. When things open up a bit more I’d like to return and get out of the city a bit.

Panama Canal... all the normal tourist viewpoints are still closed for Covid lockdown, but you can still check things out with a clever driver

Panama has basically no issues with you bringing a drone in. It became clear why they didn't care as I figured out that the DJI geofencing kept most areas as "no fly" zones.

Thankfully this cool area wasn't a no-fly zone, and nobody took issue with a drone flight in the park nearby this building.

As cool as this thing is... apparently it's just a boring business rental space inside. Also, with Covid, maintaining tenants has been difficult.