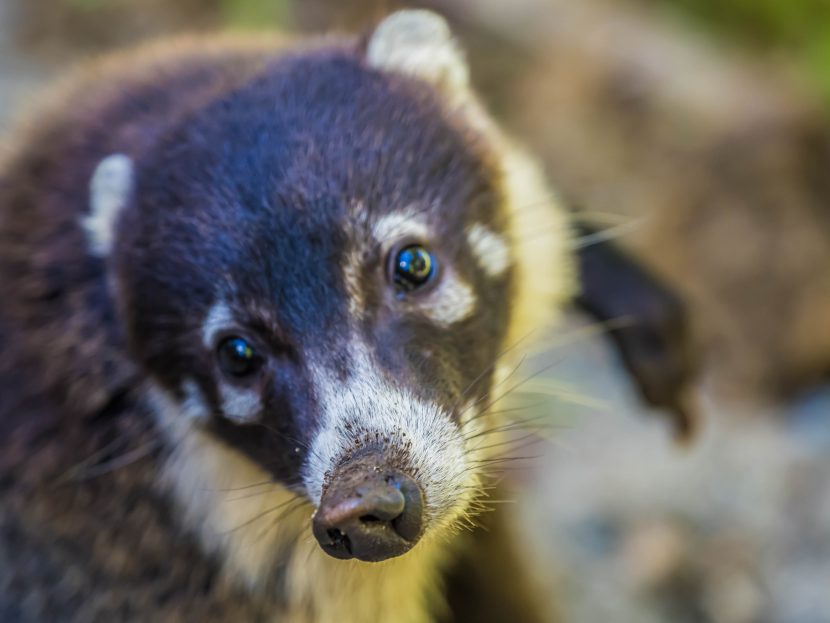 As mentioned in the last post, Central America is opening up and is a great option for anyone looking to get out and start traveling again. Each week seems to bring more reasonable guidelines. Costa Rica was made particularly easy because they removed all entry Covid testing requirements. This trip included that and one other stop in Panama.

While planning for Costa Rica, it was clear that you could make some considerably different travel itineraries. Resorts and beaches are certainly an option. SCUBA or deep-sea fishing if that’s your thing. “Eco-travel” encapsulates a variety of experiences, but as soon as I read about the Monteverde area: rainforests, volcanoes, animal encounters, coffee tours… that pretty much sold me. Similar to the trip to Belize the prior month, crowds of tourists were pretty thin. However, in Costa Rica you definitely shouldn’t expect them to be nonexistent. I really think the presence or absence of an entry Covid test makes a huge difference in whether tourists are going to go through the trouble to come. I don’t consider a rapid test to be too big of a deal, but the difference in crowds suggests to me that there may be a lot of people that do.

So, let’s see… storytime… right? I rented a car and drove all over for this trip, definitely the way to do it. Hiking through the cloud forests were the main attraction around Monteverde for me. Lots of exotic birds and insects, but the animal that was in abundance, just absolutely everywhere, was a raccoon-like cutie called a Coatimundi. Locals seem to either ignore them or even consider them pests. It seems that that long adorable nose is meant for rooting around in the ground for bugs. So, you can expect these big guys to go digging holes in your yard and not give two fucks about your presence. Straight up honey-badger attitude. I thought I was getting the pics of a lifetime creeping on these guys getting pictures, but they simply don’t care. As the trip wore on, I had more and more encounters with them: crowds of them, adults, babies, you name it. Well, later in the trip I’m at this park and I’m in the zone taking pics of hummingbirds, just snapping away. I felt something graze my leg and look down and this huge Coati just traipsed past me to start rooting around in a flower patch. Dear reader, I don’t know what came over me. Well, if you know me, then I guess you know exactly what came over me and you’d say: “Classsssiccc…..” Look, it’s the same impulse that would have me dive in and try out wild fruit or berries that I’m unfamiliar with. But anyhow… I looked down and I saw the biggest, baddest Coati ever just rooting around in this flower patch with his tail all in my space, straight up in the air… and I just… gently… reached out and gave the tail a little stroke. Now, I’m gonna go ahead and jump to the end and tell you: there was no bite, no scratch, no need for rabies prophylaxis. However, I think over the course of this trip I may have connected with the Coatis enough that I can translate this guy’s vocalization into English. He violently flipped around and woofed, saying: “Just what in the actual fuck to you think you’re doing gringo?! Have you lost your goddamn mind??? I will maul your face off and eat your eyes for dinner.” Or something like that. I think that’s what he said. So, yeah, backing away slowly I was left pondering…. Are they still they cutest animals ever? Um, yes they are. Just don’t be a goddamn idiot and try to pet them.

So, other than almost being mauled by a wild Coatimundi, the visit was rather uneventful. Costa Rica is a beautiful country, a pleasure to visit and easy to navigate solo. I’m pretty sure there will be reason to return.

They are so cute, the look, the little harmonic squeaking, the tail-straight-up jaunty walk... Kawaii embodied. I know it's not helpful but these tourist roadside feeding frenzies were still quite the spectacle.

Selvatura Park - Hummingbird area. Probably the most difficult photography subject I've attempted. These were some of my best.

Main attraction at Selvatura is the ziplines, which were the most extreme I've ever encountered. Higher, faster, longer... all of it.

And for this last mega-line... it was a "superman" prone setup. Arms are totally free... it was awesome.

I feel like I'm afraid of heights in some situations, but this wasn't one of them.

Ziplines blasting over the rainforest? No problem. Wobbly bridge in high winds... uh, not as much. Let's snap a pic and gtfo.

You can fly a drone with abandon in Costa Rica, but the wind conditions in Monteverde really put a Mavic Pro to the extremes of it's capability.

One thought on “It’s Ill-Advised To Pet Wild Animals”