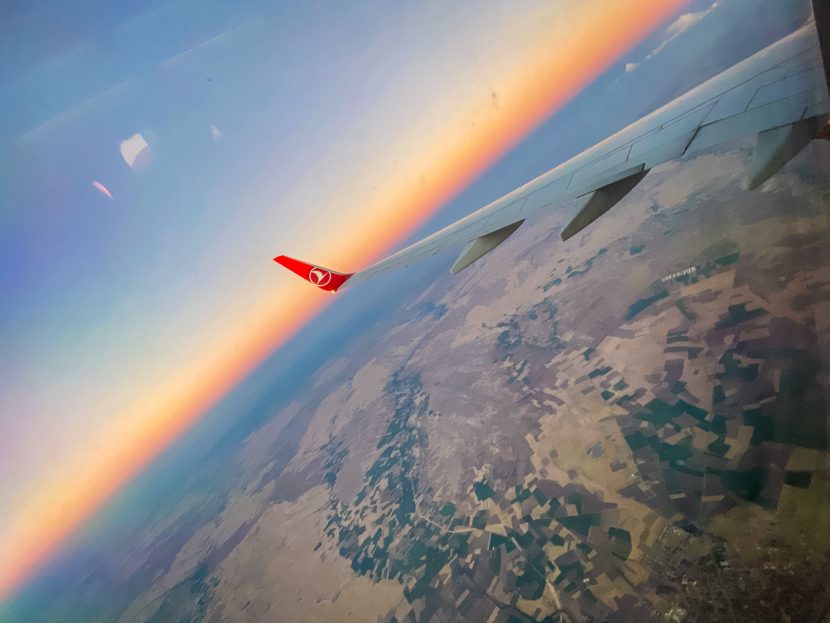 Unless you’re dead, you really don’t have anything to complain about this year. Of course, suffering being the relative thing that it is, that won’t stop anyone, myself included. Yes, people have lost loved ones, jobs, become disabled and experienced all sorts of tragedy. Many have joined the Sisyphean struggle to dismantle systemic racism and restore basic human dignity to historically disenfranchised groups. At the same time, you have other people that are missing out on college sports or finding that masks make their face feel hot. So 2020 has been hard on all of us. For me personally, it feels like 2020 started in the beginning of 2019, but that’s a different story. This year, I was a good citizen and followed Dr. Fauci’s advice all through the Spring and early Summer. At some point though… it’s time to get the fuck out of town. But yOu CaN’t!!! …says the concern troll. Look, I certainly don’t need anyone to advise me on not ending up critically ill in a foreign hospital. Especially with the travel destinations I tend to choose. Not only that, really and truly, even if you could know 100% that YOU wouldn’t have a terrible reaction to Covid, you certainly can’t say that about the unknown number of people you may inadvertently spread it to. And I’m really not out to be a vector that will spread a potentially lethal disease. And so, after months of “sheltering in place”…the solution seems to be… more of the same. No end in sight. That’s where we’ve been.

Until I read the Phase I & II findings and found that there was local recruitment for a major Phase III Covid vaccine trial. I signed up as absolutely quick as possible. I was calling them, they had zero need to follow up with me. This required very little thought as far as I was concerned. And that’s coming from someone who has actually had a few vaccine reactions. I had transient lower extremity weakness as a toddler with the Polio vaccine. I broke into a full body rash with the Yellow Fever vaccine. This little shot of mRNA though… my biggest concern is just lack of efficacy. What’s the alternative? Get Covid and risk a stroke? No thanks.

So what about the placebo? Well, if you lived in the UK and you joined a trial there, you might be getting either a Covid vaccine or, as a placebo, a meningitis vaccine. In the United States, in the two major Phase III vaccine trials going right now, the placebo group gets a shot of saline in their arm. Why give the meningitis vaccine in the UK, you might ask? Well, because both of those will give you a sore arm. A lot of the “symptoms” you might experience, like a mild fever, chills, generalized aches, or nausea, can all easily occur with a “placebo effect”. But a sore arm? Localized pain? Not as likely. A shot of saline is unlikely to cause this. If you’re aware of this and you join the study, you’re going to be unblinded. It is what it is. It’s supposed to be double-blinded & placebo controlled, but this study design will let you know what you got pretty plainly. Nevermind the ethics of turning people loose with a shot of saline and waiting to see that higher numbers of them are infected with Covid. I presume we’re looking for higher numbers of the placebo group to die as well? That’s a harsh damn randomization.

Well, my arm was extremely sore for four solid days after the initial vaccine as well as a month later after the booster dose. The booster dose included a day of fever, aches, and malaise. I was elated. And with that, as far as I’m concerned, for me… it’s two middle fingers to Coronavirus and to this bullshit year. It’s time to break out one of my passports and start racking up some miles. Oh and maybe, just maybe, rack up another country. To be determined there on that point. International travel  takes boldness and creativity this year.

Travel doesn’t look the same right now. It just doesn’t. I see these Youtube posts, travel vloggers posting with masks on and what I find so striking is how quickly this all has been adopted and is just part of the experience of travel. It doesn’t even seem to need to be discussed. Understandably, people are equally sick of it and nobody needs to state the obvious. The part that scares me, as I moved from country to country, airport to airport, was a sinking thought that this may become the new normal. Not a cliche, for real. The way 9/11 made airport security as  universal and permanent it is. The measures that are in place now around the world… the thought of them going on in some way forever… just awful. So let’s hope that’s not the case and we can get back to spreading cold and flu germs freely as soon as possible.

I mean, do you really want this to be what passes for the future of travel wear? For now though, there is some impressive PPE theatre going on in the airports.